What are Some Rare Forms of Diabetes?

You are here: Home1 / Well Heeled Blog2 / Blog Post3 / What are Some Rare Forms of Diabetes? 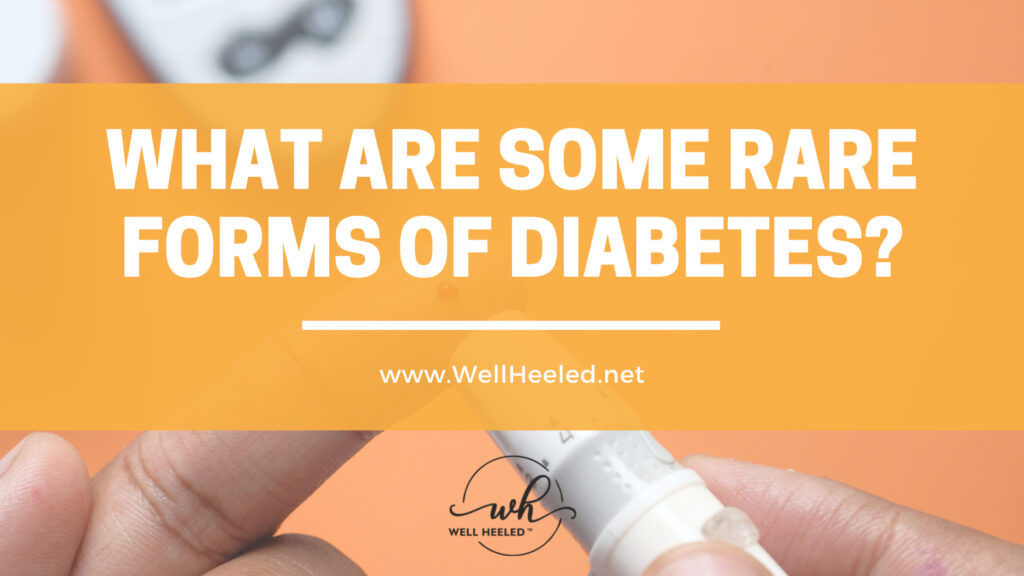 Whate are Some Rare Forms of Diabetes?

Most of us know someone who has diabetes, so we might know a bit about it. However, there are rare forms of diabetes that not many people know about, and it is unfortunate since the symptoms are more likely to be ignored if someone doesn’t know what they could mean. That’s why it is crucial that we know about all forms of diabetes, familiar or not.

What Are Some Rare Forms of Diabetes?

Since most people get this form of diabetes after they turn thirty years old, it is known as late-onset diabetes. It is a very slowly progressing diabetes that might take years to show apparent symptoms. LADA is often misdiagnosed as Type 2 diabetes, but there are some substantial differences between the two. For example, LADA has very low C-peptides, whereas Type 2 diabetes shows very high C-peptides. LADA is also indicated by insulin failure. It is estimated that between five and ten percent of people who have diabetes have LADA. The symptoms of LADA include blurry vision and excessive thirst with frequent urination. If diagnosed with LADA, an endocrinologist should be consulted.

A single gene mutation can cause this rare form of diabetes. It is estimated that only two percent of people who have diabetes suffer from Monogenic Diabetes. If you have this form of diabetes, your body is still making insulin; it just isn’t doing it in the right way or at the correct time. Therefore it is most often not necessary for people who have Monogenic Diabetes to receive insulin. Instead, they can manage the condition if it isn’t severe by exercising and following a healthy lifestyle. If it is more serious, they will receive a medication that is a sulfonylurea agent. However, it is most common for people with Monogenic Diabetes to require insulin as they get older. There are two forms of Monogenic Diabetes. They are Neonatal diabetes and MODY. Since it is a gene mutation condition, Monogenic Diabetes is present from birth. In Neonatal diabetes, symptoms appear within the first six months of the child’s birth. MODY is diagnosed when these symptoms appear later in life.

Brittle diabetes is a kind of diabetes that is insulin-dependent and quite rare. It is usually identified by extreme and frequent episodes of either hyperglycemia or hypoglycemia. Since this rare condition can lead to severe instability of blood sugar levels, hospitalization is often needed. Moreover, regular blood glucose self-monitoring is required. Therefore, it is recommended that those with Brittle diabetes invest in a glucose monitoring device and an insulin pump. In a severe case, a doctor might recommend a pancreas transplant. Many factors can cause brittle diabetes, but the most typical ones include hormonal inbalances, malabsorption, emotional stress, neuropathy complications, hypothyroidism, Celiac disease, adrenal insufficiency, and drug use.

Although anyone can get Brittle diabetes, it is most common amongst women between 20 and 30 years old or those who have type 1 diabetes.

Wolfram Syndrome is a rare genetic disorder that is also known as Didmoad, which stands for diabetes insipidus, diabetes mellitus, optic atrophy, and deafness. The condition leads to Type 1 diabetes and other associated conditions that can be severe because of extremely high blood sugars. The syndrome becomes apparent in children around the age of six. The first symptom of Wolfram Syndrome is Type 1 diabetes, and unfortunately, the complications that Didmoad brings shorten the life expectancy to only 30 years. Type 1 diabetes is the first symptom that is usually noticed, but there are several other symptoms, including deafness, extreme depression, urinary tract issues, psychosis, and optic atrophy. There is a similar condition known as Wolfram Syndrome Type 2. Although it has several similarities to Wolfram Syndrome, it also brings gastrointestinal problems such as intestinal ulcers.

Cystic Fibrosis is a disease that is genetic, and it leads to an excessive buildup of mucus in the kidney, liver, lungs, and pancreas. This mucus buildup is very problematic as it can lead to breathing difficulty and chronic infections. Now, people who suffer from Cystic Fibrosis experience an overload of mucus that can damage the pancreas because of scarring. When the pancreas experiences continuous scarring, it could stop insulin production. The person will then be insulin deficient, and the symptoms will be similar to those found in Type 1 diabetes. In addition, someone who struggles with CFRD might have insulin production, but their body can’t absorb it, making the symptoms similar to those who have Type 2 diabetes. This is more common among people who are pregnant, on steroid medication, or ill. Although the symptoms are similar to those of Type 1 diabetes, many more symptoms can indicate CFRD. These include fatigue, extreme weight loss, frequent urination, extreme thirst, lung function issues, and high blood sugar levels.

If someone is diagnosed with CFRD, the main goal is to stabilize the blood sugar levels, so the treatment will be similar to Type 1 diabetes. In addition, people with CFRD are advised to monitor their blood glucose levels regularly. They also benefit from a healthy diet and frequent exercise. Regular exercise is essential since it helps with stabilizing blood sugar and improves lung functions, which is something that people with CFRD often struggle with. Lastly, people who have been diagnosed with CFRD are recommended to follow a high-salt, high-protein, high-calorie, and high-fat diet. This diet will help them achieve and keep an ideal body weight, which is necessary for people who have CFRD.

Unfortunately, diabetes is a condition that is regularly misunderstood. There are several kinds of diabetes, each with its own challenges for those diagnosed with them. However, by understanding the rare forms of diabetes and knowing how to identify them, these conditions can be diagnosed earlier, leading to less severe complications. Living a healthy lifestyle is the most significant gift you can give yourself.

We at Well Heeled hope you found this article useful and please do leave your comments and thoughts below.  If you would like further information on diabetes please do check out our diabetes Type 1 and Type 2 articles too.

Here are some great external links for you too seek that proper and appropriate foot, diabetes and health care guidance and support:

Want to join the discussion?
Feel free to contribute! 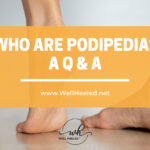 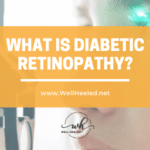 Well Heeled What is Diabetic Retinopathy?
Scroll to top
We use cookies on our website to give you the most relevant experience by remembering your preferences and repeat visits. By clicking “Accept”, you consent to the use of ALL the cookies.
Cookie settingsACCEPT
Manage consent

This website uses cookies to improve your experience while you navigate through the website. Out of these, the cookies that are categorized as necessary are stored on your browser as they are essential for the working of basic functionalities of the website. We also use third-party cookies that help us analyze and understand how you use this website. These cookies will be stored in your browser only with your consent. You also have the option to opt-out of these cookies. But opting out of some of these cookies may affect your browsing experience.
Necessary Always Enabled
Necessary cookies are absolutely essential for the website to function properly. These cookies ensure basic functionalities and security features of the website, anonymously.
Functional
Functional cookies help to perform certain functionalities like sharing the content of the website on social media platforms, collect feedbacks, and other third-party features.
Performance
Performance cookies are used to understand and analyze the key performance indexes of the website which helps in delivering a better user experience for the visitors.
Analytics
Analytical cookies are used to understand how visitors interact with the website. These cookies help provide information on metrics the number of visitors, bounce rate, traffic source, etc.
Advertisement
Advertisement cookies are used to provide visitors with relevant ads and marketing campaigns. These cookies track visitors across websites and collect information to provide customized ads.
Others
Other uncategorized cookies are those that are being analyzed and have not been classified into a category as yet.
SAVE & ACCEPT
%d bloggers like this: